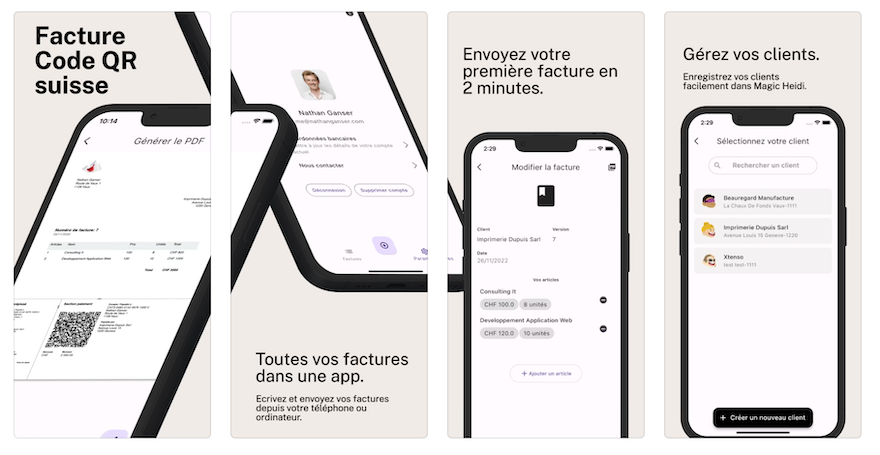 After having spent three years on a personal CRM (web app) and a year on a Gmail add-on (chrome extension), with a friend of mine, we built and released a new app to the App Store (iPhone & Mac) and Play Store, in just 30 days, all thanks to Flutter.

This post is both a rant on how much I love Flutter & Firebase, and a personal update on my plans for the next year.

Summary of the last 3 years

The official narrative is that the past four years have been spent on my bachelor (0.5 year at the EPFL, and 2.5 at the University of Geneva). But the underlying, more close to my heart reality, is that I've spent the past years building and launching products.

Without going into too much details, we can summarise my two ventures chronologically as follows:

Clearly, there is progress, both in terms of market and in terms of time spent before moving on.

Now comes the next move (that's the "built in 30 days" thing): yet another invoicing app, but with a twist.

Here is the business case to justify me I'm going into that super crowded market:

1. Switzerland introduced a law that forces all invoices to have scannable QR codes

2. The Swiss invoicing apps are all web based

3. There are 500'000 self employed workers in Switzerland

If we can reach 0.025% of them within a year and charge them $97/year, that's 1'000 MRR. and from there, we can build a nice lifestyle business within a few more years. Obviously, the main hypothesis that remains to be tested is whether or not the App Store is actually a good acquisition channel. A month or two in there should be enough to answer that question.

What makes Flutter + Firebase so incredible

(In case you're thinking of developing with Flutter)

First of all, app development is first class, with hot reload and tons of packages, you can build your app very easily.

All the boilerplate stuff like authentification, state management, payments, analytics and so on can be implemented once, and then used across iPhone, Mac & Android apps.

And if Flutter can't do something, just call a Firebase function that runs Javascript (and as we all know, JS or a JS-based package can do anything).

The only challenges we've faced have been with Xcode specific stuff like having to open Xcode to configure your project settings, but you get used to it quickly.

All in all, Flutter makes it possible for a tiny team to release apps to all the most popular stores, which would never have been possible without cross platform frameworks like Flutter.

For sure, there must be some advantages to building purely native apps, but they come with huge costs. The cost to being a mobile app available on iPhone & Android has decreased dramatically thanks to Flutter, let's see what new niche businesses will emerge from it!